Fixes Recommended in Addition to the USSEP

Fixes Recommended in Addition to the USSEP Achievements Mods Enabler - Not a bug fix per se, but since there are plenty of people who love their achievements, this exists to make sure they can st

How about some engine fixes in the form of a new SKSE64 plugin .dll ? Aers has a new plugin called SSE Engine Fixes, I think this one could be one to watch .. Aers I know has been involved i 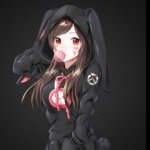 Been using SSE Engine Fixes for 5-6 hours now, no issues so far. I usually have the odd CTD/freeze  every 5-10 hours of playing (probably due to my RAM being wonky not because of mods) but so far so g