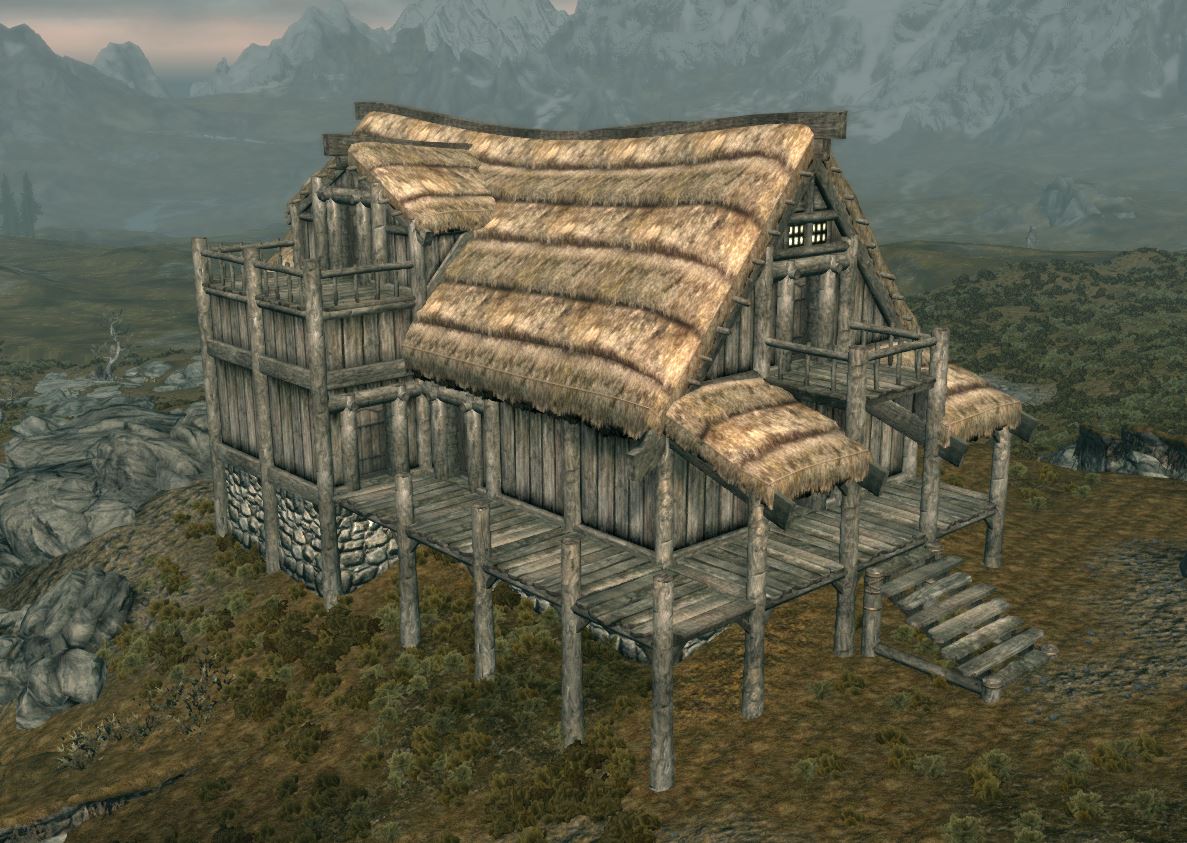 Exteriors are assembled from segments too. This one consists of ca. 15 meshes. Also note that my walkways fit all around (vanilla walkways never do).