This is the Normal Skyrim version, if you want the Skyrim Special Edition version then click here.

If you would like to leave me a donation I'd appreciate it.

!! Make sure the original Lakeview Manor is completely build with the upgrades you want to have (through workbenches and steward) before activating this mod or any optional files !!
!! If you start a new game or switch character you need to deactivate the mod and optional files until the Lakeview Manor is build !!
Requires Skyrim Update 1.9.32.0.8 / Hearthfire DLC / SKSE(skyrim script extender) 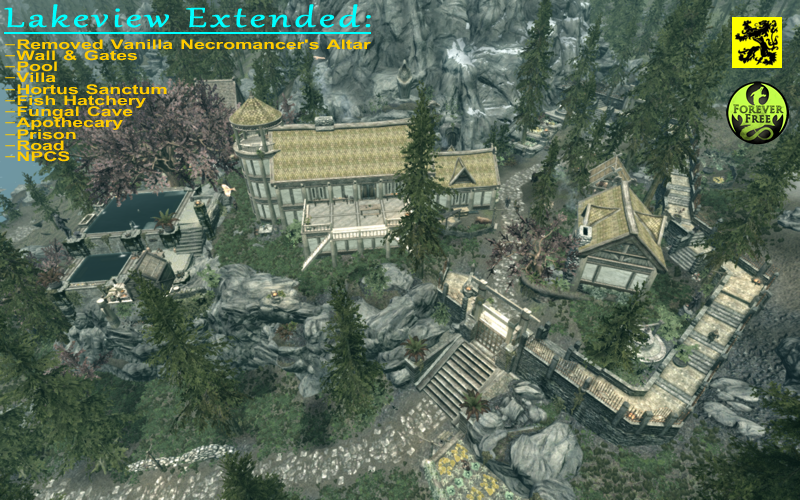 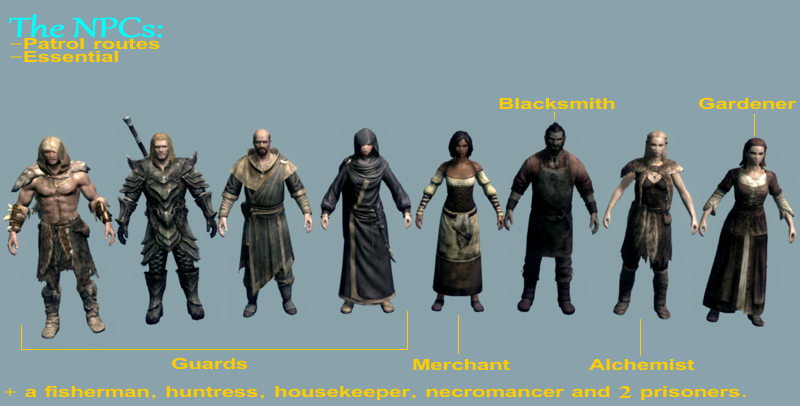 (most upgrades, except for the pool/villa/walls/watchtower, can be enabled/disabled by talking to the little dragon in the villa.)

(any of these optionals can be used without my main Lakeview_Extended.esp, they are in fact separate mods.)

(I will repeat that first yellow warning in more words here: You need to build EVERYTHING on the Lakeview Manor before activating my mod, that includes the house, wings, interiors and all the upgrades the steward provides such as cow, horse, carriage driver, chickens,...
You can choose to skip certain upgrades like interiors in case you want to use other mods for that, or cows/chickens/horse if you simply don't like those, just DON'T try to build anything anymore once my mod is enabled.
Basically you need to construct the entire manor through the bench in the exterior, then all the benches in the interiors and then the upgrades from the steward.
All of this begins if you start doing quests for the Jarl of Falkreath.
Only after this is done you should activate the mod and start upgrading through Nagra the little dragon in the villa, you can still activate/de-activate any of my upgrades through the dragon, but you should NEVER use those original benches or steward anymore.
Failing to heed my advice and activating my mod before you have that lakeview manor finished can result in the following bugs, such as not being able to buy lumber, not being able to hire a steward, not being able to advance through the "build lakeview" quests, certain original upgrades never becoming visible and the lakeview map marker not showing up.
So again, if you start a new game, DE-ACTIVATE my mod and build the original lakeview manor first!) 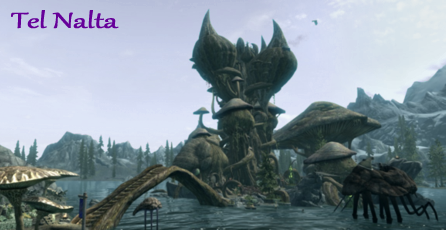 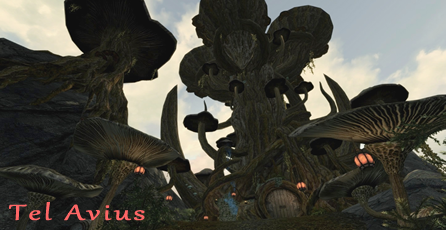 (these changes will alter how you view the map in-game)

(these changes will alter how soon certain objects like plants will show up in front of you in-game, normally everything loads with the standard settings but this causes a lot of lag, with these changes most things too far away from your character will stop rendering and fade out, I highly suggest you use these settings!)