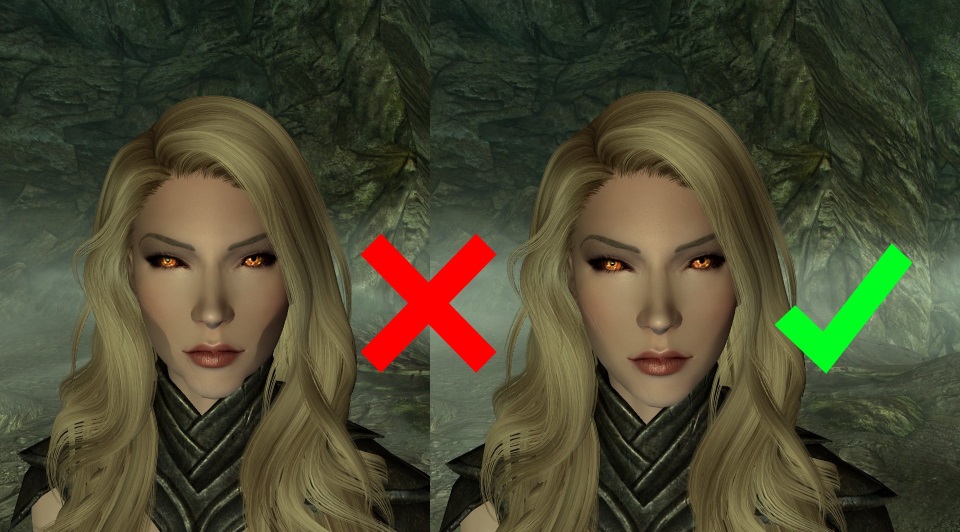 This contains modified files from the base game which are responsible for the mutilation of your facial shape When you become vampire. Using this will revert those changes regardless of sex or headparts to leave you with the same face shape you started with

Safe to install and un-install at any time

Please remember this has everything to do with keeping the SHAPE of your face from changing when vampire and less then nothing to do with the LOOK as this is NOT a face texture mod. If you are using ugly vampire face textures in your game they are not changed so will remain ugly. There are other mods to include my own Cosmetic Vampire Overhaul that remove or change these for player and NPC but VFR does not, it never did and it never will

Here is a simple visual comparison for both sexes
They are shown with other cosmetic mods to try and mimic a typical appearance for them. Believe me when I say it is not necessary to show them in vanilla state for this comparison 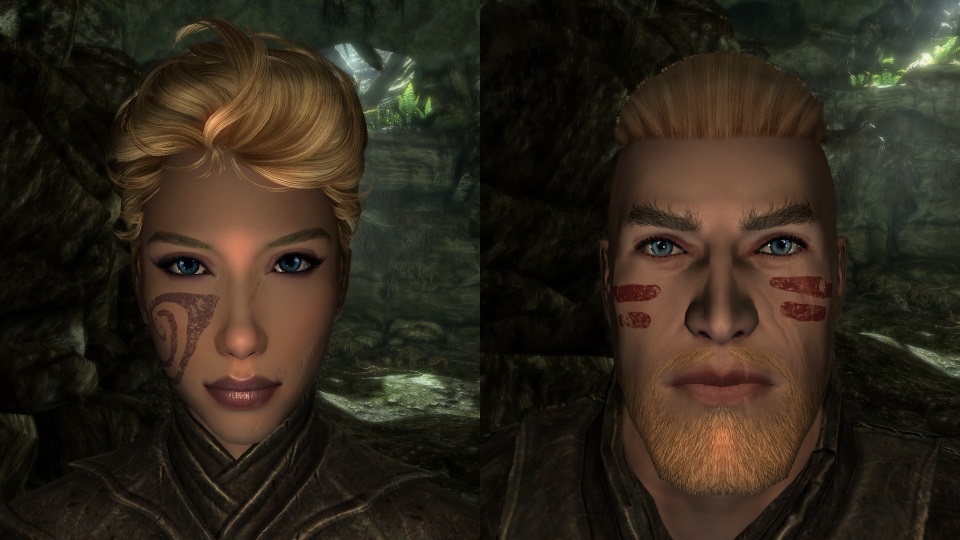 Here is our lovely couple in their human state pre-vampire 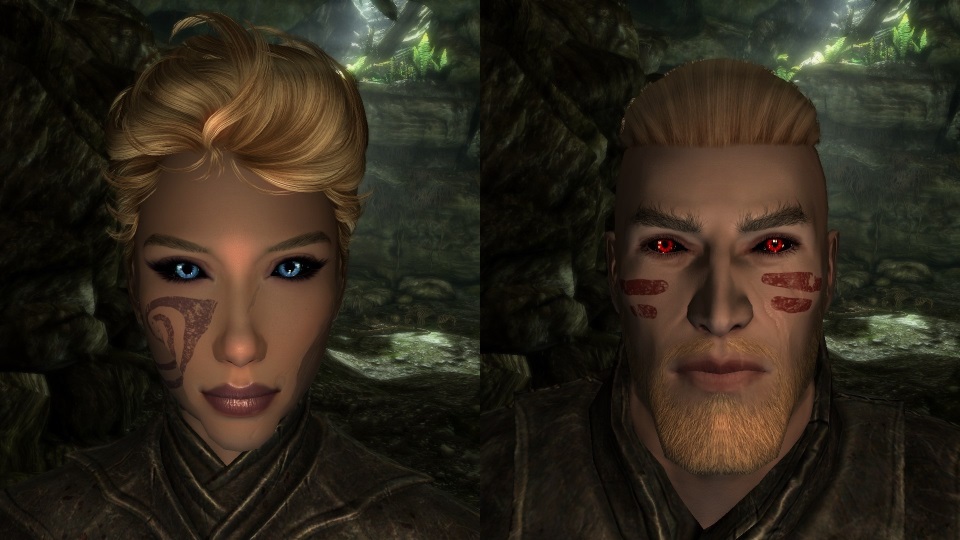 Now here they are both as vampire with the same mods 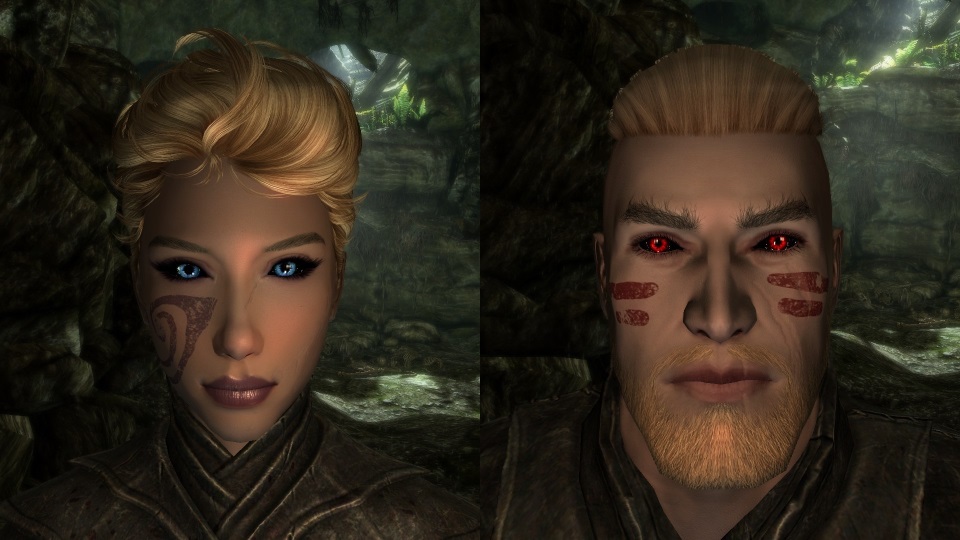