Scripted mods and their impact on savegames 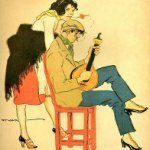 By godescalcus,
January 14, 2020 in Mod Support and Discussions