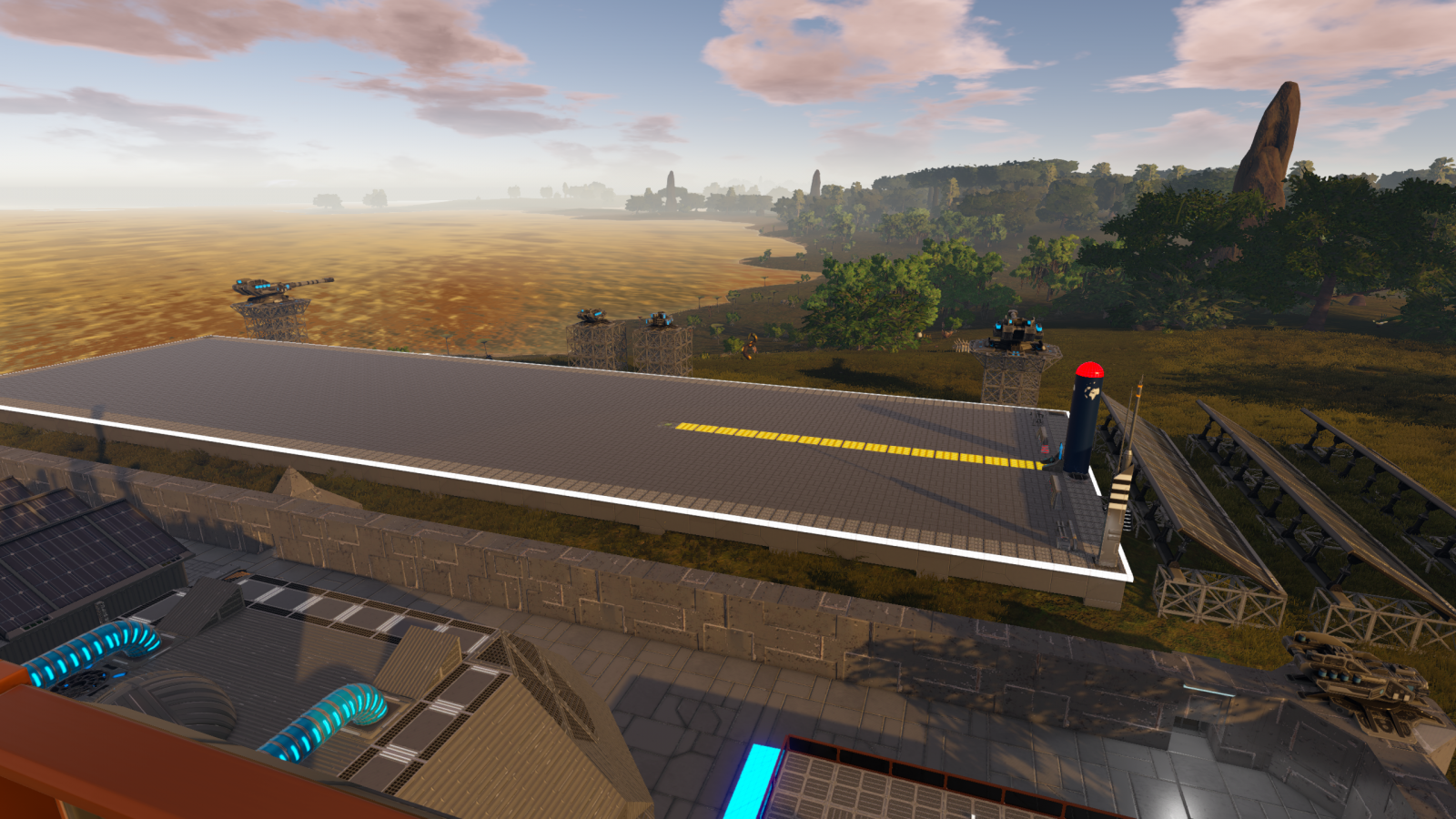 Empyrion - Waiting for the Enemy

Lately I've been soaking a lot of time into a space based survival game called "Empyrion - Galactic Survival". There's a lot of building of stuff, space combat, a rough story line to follow, and of course staying alive too. This is one of the locations I took over and then expanded with the landing pad you see in the middle - while I was waiting on Zirax drones to show up and attack. They're in for a rude awakening :P