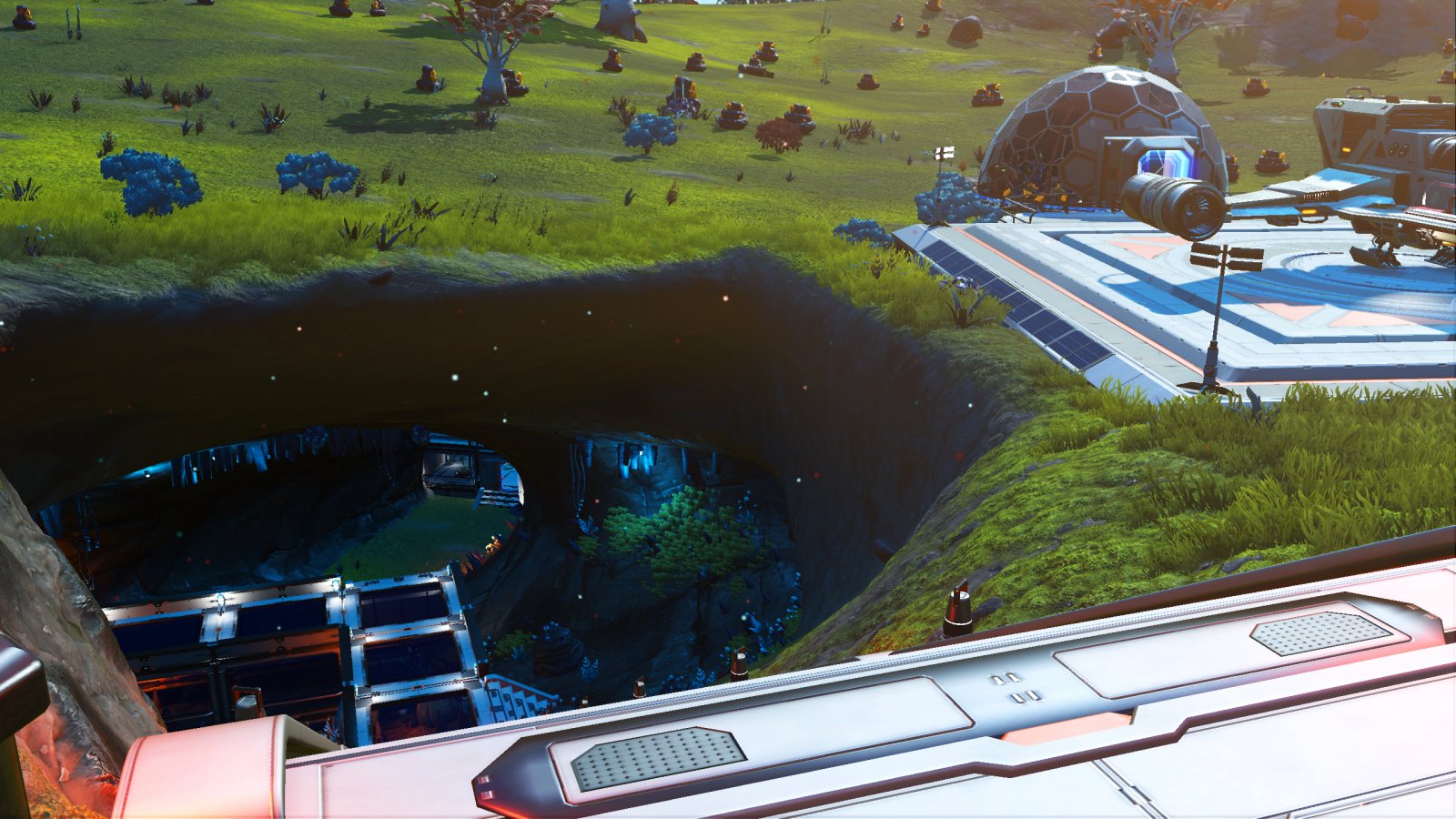 After I spotted a cave near Fort Worthy Meade one day, I realized it's actually an extensive network of underground caves which I then connected with several tunnels. The shot of my landing pad doesn't begin to do this one justice.

It's close enough to the fort that both bases actually overlap each other a bit and are now meant to be enjoyed as a pair.

Photo Information for The Labyrinthian